The Aspire Team is so proud to be working with both organizations to prepare competitive funding applications to support future restoration of the South Park Cascades! Under the leadership of Mr. David Soltesz, and Mr. Andy Baechle, the plan will allow the Cascades, which stand inactive and overgrown, to again be a regional attraction for families across Western Pennsylvania. The Cascades are one of the original features conceived for South Park by Paul B. Riis, a Swiss- born landscape architect who worked for the Allegheny County Park system from 1927 – 32. Riis was among those designers who developed parks in the manner of the “naturalistic school,” an important movement in American parks which emphasized the use of native species and natural materials to integrate manmade structures — making them seem like an act of nature. In the original South Park plan, this allowed the park’s roads, picnic areas, shelters, and even a dramatic mammoth stone swimming pool, to blend fairly seamlessly into the native surroundings. 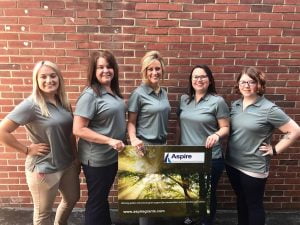